Additive synthesis in The Grid

A sine bank oscillator in the Grid together with partial shaping modules to give usable synthesis features, like waveshape, filters, effects etc… This would enable basic additive synthesis in Bitwig. It could also become a foundation for future related features.

Additive synthesis is a sound synthesis technique that creates timbre by adding sine waves together (more). By adding and modulating hundreds of sine waves, the possibilities for new sounds and effects are endless.

Producers interested in additive synthesis must rely on an external plugin.

There are some presets of this type on Bitwig Presets | Bitwiggers. To get an idea of the complexity required, check this video: 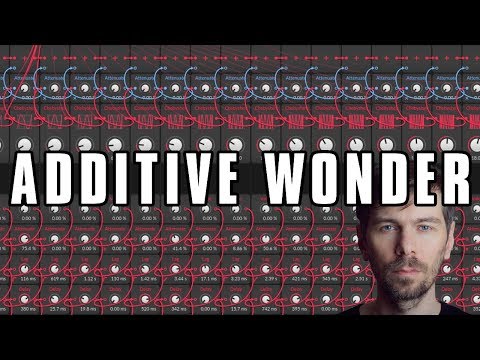 It is possible to use additive synth plugins, but this misses the point of integrating with The Grid as a sound design environment and expand it.

Other examples of additive synths include Air-Loom, Image Line-Harmor, Rob Papaen-Blade, and the Eurorack module “Odessa” by Xaoc devices.

Spectral resynthesis and fx in the Grid Drafts

It would be great to have a spectral resynthesis module in The Grid, with a suite of spectral effects to modify the partials of the resynthesized audio. What is this feature about? Spectral effects in the Grid What problem(s) would this feature resolve? It would not solve anything, but just expand on The Grid’s sound design capabilities. There is another thread on here about additive synthesis. Many additive synths (Loom, Harmor, Razor) allow for resynthesis to be the sound source. So, if…

24 posts were split to a new topic: [Draft discussion] Additive synthesis in The Grid